To create future without cardiovascular diseases

T.Petelina mentioned about Scientific Practice workshops under the direction of Honored Scientists and Professors such as V. A. Kuznetsov (Up to date methods of instrumental diagnostics and interventional therapy) and L. Gapon (Investigation of arterial hypertension problem) and announced several research themes performed on the basis of the institution.

Over five years, 28 new medical technologies have been introduced into clinical practice in Tyumen cardiology research center, 2 of them -  in conjunction with Cardiology Research Institute Clinic of Tomsk NRMC. Publication activity has significantly increased over the past five years: in 2015, 35 scientific articles were published by the staff, and in 2019, 72 articles were published. The number of publications in the Web of Science and Scopus databases has increased by more than 3 times.

Currently, the database contains 314 scientific publications of branch's employees. Of these, 15 scientific articles were published based on the results of multicenter studies. The average Hirsch-index is 7. The average number of citations per document is 2.24. The total citations of publications is 704. Over the past five years, researchers have produced 162 publications, including articles and conference data in journals that are part of the Core Collection Web of Science database. The dynamics of publishing activity of employees was presented, the indicator increased from 16 publications in 2015 to 44-49 in 2018-2019.

Educational activities are successfully developing in our center. Nowadays, 9 advanced training programs with 36 academic hours of labor intensity, 3 training cycles on  topics: "Cardiology", "Functional diagnostics" and "Ultrasound diagnostics", lasting 144 hours can be offered  in  our center. Project "Individual workplace training" on ultrasound and functional diagnostics is available. From September 2020, 8 more cycles will be added to the list of professional development cycles. Programs are being prepared for mid-level specialists. Educational activity reflects the number of post-graduate students and residents who have completed their post-graduate studies and residency over 5 years: 12 post-graduate students and 9 residents. 1 candidate's and 2 doctoral dissertations were defended. Leading specialists of our center are members of professional international scientific organizations, present results of their work at major forums, including the World Congress of Cardiology, the World Congress on Echocardiography and Related Technologies, and others; specialists improve their qualifications abroad (USA, Czech Republic). For five years, our center has organized five International Cardiology Congresses, annually about 500 experts from more than 10 countries of the world become their participants.

In reference to development prospects, there was named a new fundamental issue of research work:  investigation of Arctic conditions influence on risk factors, course and prognosis of common cardiovascular diseases. New research tasks and new promising directions were also identified.

As a groundwork for scientific work, three expeditions have already been carried out to Yamalo-Nenets Autonomous Okrug. During 2020-2021, it is planned to conduct three more field expeditions. All departments of our center will take part in this study. There will be developed studies on pathogenesis of arterial hypertension and subclinical atherosclerosis indigenous and newcomer population of Yamal, in rotational shift workers of the Yamburg settlement. Population patterns of cardiovascular diseases prevalence  due to conventional and non-conventional (psychosocial) risk factors, 35-year observation of cardiovascular risk factors among employees engaging in rotation based work in the Arctic. Problems of molecular genetic basis of hereditary predisposition to multifactorial diseases will be studied, new approaches to endovascular X-ray treatment of patients with acute coronary syndrome will be developed and implemented, questions on implementation of ultrasound research methods and computed tomography will be expanded.

Project of opening an Arrhythmology center  on the basis of Tyumen Cardiology Research Center is one of the important clinical and scientific prospects for development.

Special attention of the report was given to the Council of Young Scientists, which includes young specialists-employees and residents of our center. Members of the Council will be actively involved in the practice of conducting scientific research in scientific departments, participate in major Russian and international scientific competitions, study the commercialization of research results, and, of course, continue to train in the best scientific centers in the world.

Expansion of interaction of our center with all the institutes (branches) of  Tomsk NRMC is the most important direction.

Marina I. Bessonova, MD, Acting Director of our Center, Honored Doctor of the Russian Federation presented main results and work data of the clinic. For five years, we treated 37.7 thousand patients; performed 22.9 thousand invasive interventions and operations; the number of outpatient visits is about 50 thousand annually (in 2019 - 52 444).

We strive to promptly respond to challenges that the epidemiological situation dictates. During self-isolation regime, we actively used the possibilities of working online. In April and May 2020, our specialists conducted more than 300 telemedicine consultations.

New medical technologies are being introduced into the work of our clinic. For example, the technology of endovascular treatment of false post-puncture aneurysm of the radial artery; assessment of "no-reflow" and myocardial perfusion in patients with acute coronary syndrome using contrast echocardiography; a method of destroying a thrombus with a balloon catheter without dilatation. Over the past five years, more than 40 new biochemical techniques, more than 10 genetic research techniques, and more than 10 ultrasound techniques have been introduced into the work.

M. Bessonova noted the development of personalized approach to high-tech interventions of coronary vessels, which became possible using methods such as intravascular ultrasound, optical coherence tomography, and assessment of fractional blood flow reserve. Development of high technologies in treatment of acute coronary syndrome has made it possible to reduce myocardial infarction mortality rate in our center from 11.6% in 2016 to 7.7% in 2019.

Success in implementation of IT projects (electronic queue, technical support of events, introduction of new programs) deserves attention. M.I. Bessonova informed about her regular work with media and social networking websites, presented rebranding of the center and a project on customer focus and effective medical service, which was launched at the Tyumen Cardiology Research Center in 2019. 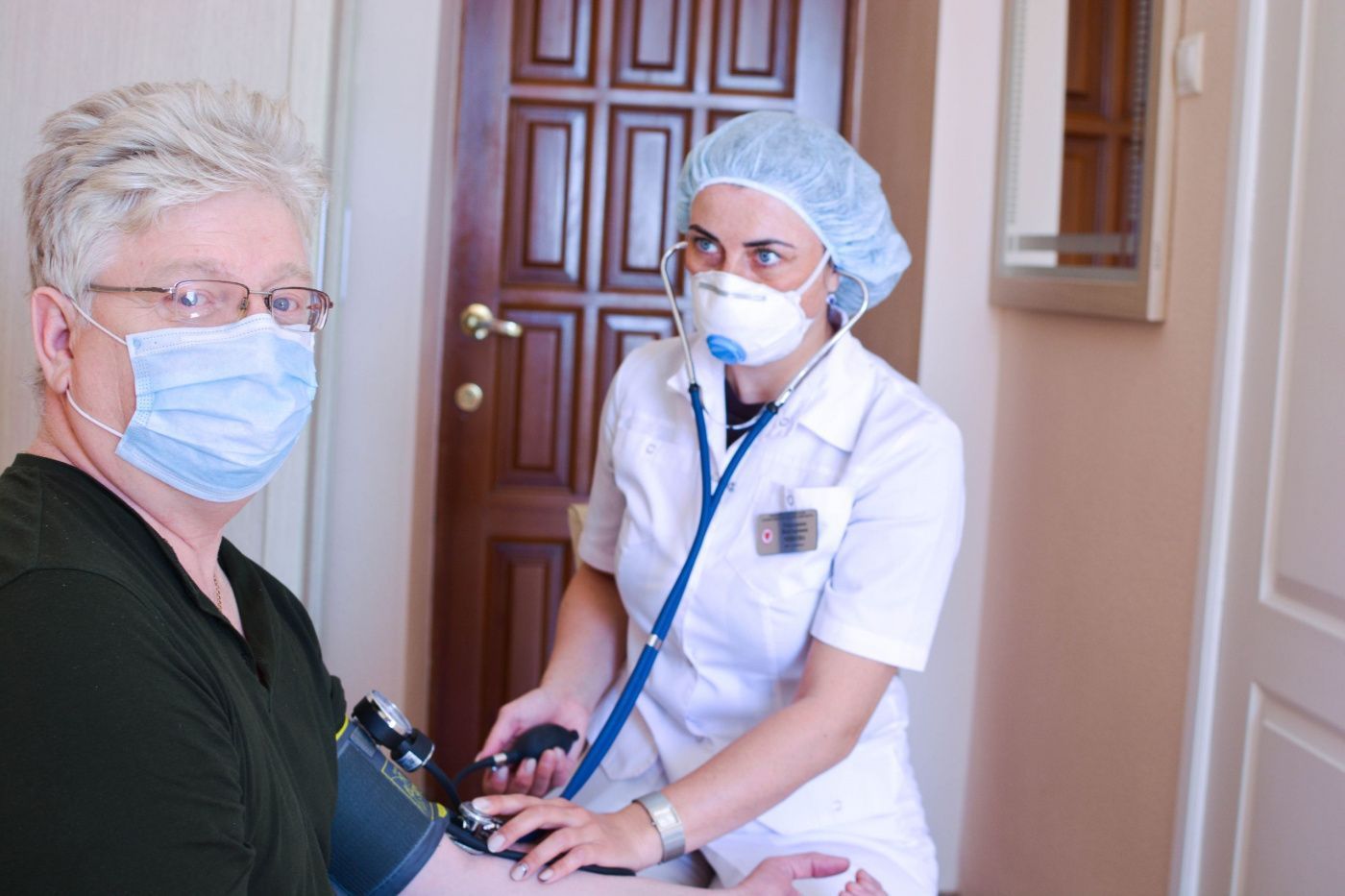 Discounts for check up and inpatient treatment programs

Discounts for comprehensive check up and treatment in the inpatient unit. The offer is valid until September 13, 2020.

To create future without cardiovascular diseases 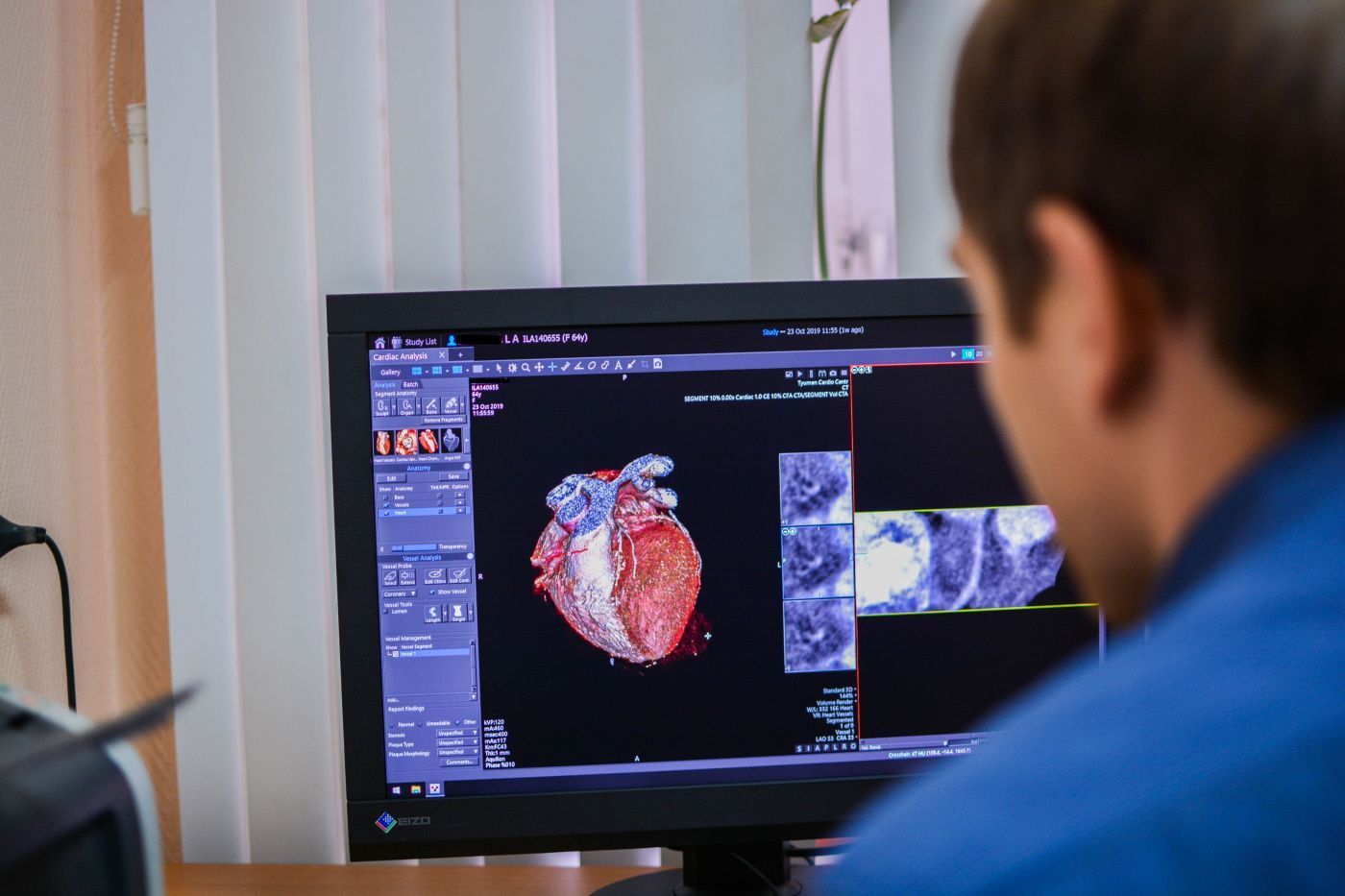 Computed tomography for children and adults